The history of Chinatown in Los Angeles is as vibrant as the city itself. In 1850, the U.S. Census recorded only two Chinese residents in Los Angeles. During the second half of the 19th century, a Chinese settlement developed around the present-day El Pueblo de Los Angeles Historial Monument. Chinese Americans persevered against violence, racism, housing discrimination, exclusion laws, unfair taxation, and physical displacement to create better lives for future generations. When Old Chinatown was demolished to make way for Union Station, community leader Peter SooHoo Sr. and other Chinese Americans spearheaded the effort to build New Chinatown with the open-air Central Plaza. Unlike other Chinese enclaves in the United States, New Chinatown celebrated its grand opening with dignitaries, celebrities, community members, and a dedication by California governor Frank Merriam on June 25, 1938.

Author Jenny Cho, a writer and educator specializing in Asian American Studies, is a second-generation Chinese American wirter who credits her parents with instilling in her a love of history. These vintage images from the Chinese Historical Society of Southern California and several invaluable collections span the 150-year evolution of Chinatown in Los Angeles

The Images of America series celebrates the history of neighborhoods, towns, and cities across the country. Using archival photographs, each title presents the distnictive stories from the past that shape the character of the community today. Arcadia is proud to play a part in the preservation of local heritage, making history available to all. 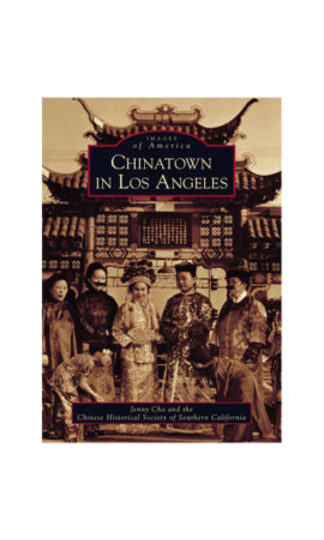