View cart “ROADS INTO AND OUT OF CHINATOWN (SOFTCOVER)” has been added to your cart.

By 1900, the Chinese population of Los Angeles City and County had grown to over 3,000 residents who were primarily situated around an enclave called Old Chinatown. When Old Chinatown was razed to build Union Station, Chinese business owners led by Peter Soo Hoo Sr. purchased land a few blocks north of downtown to build new Chinatown. Both New Chinatown and another enclave called China City opened in 1938, but China City ultimately closed down after a series of fires. These images from the Chinese Historical Society of Southern California, the Roger LeRoque Collection, local archives, and the author provide a valuable record of Old Chinatown, New Chinatown, and China City. 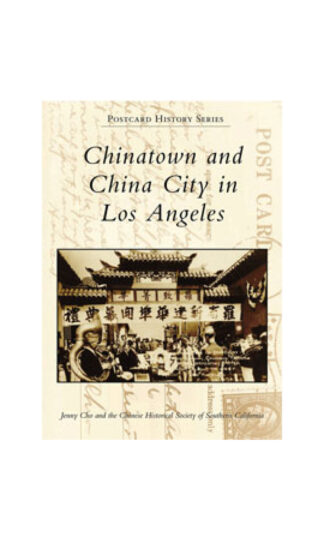